Transfer insider Fabrizio Romano has been speaking on his latest Twitch stream to discuss all things related to potential summer deals.

One player which the Italian journalist discussed was the Sevilla defender Jules Kounde amid speculation surrounding his future. 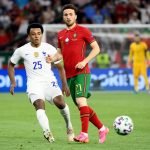 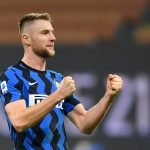 According to Gianluca Di Marzio, Tottenham Hotspur had agreed on a deal worth £25.6m plus Davinson Sanchez for the French defender, subject to Kounde approving the move.

However, reports have emerged since suggesting the defender has rejected a potential summer switch to Spurs this summer given they have not qualified for the Champions League.

Discussing the 22-year-old’s future at the La Liga side, Romano had the following to say on the matter.

“The player has not accepted Tottenham. It is true that Tottenham are in a good position with Sevilla, they have a great relationship, they are working on Kounde.

“He was a target, but I’ve said many times here on the stream, no optimism for Kounde to Tottenham because at the moment there is no agreement with the player. So still nothing advanced yet.”

TIF Thoughts on Kounde to Spurs…

We think this would be a huge coup for Spurs if they were able to sign Kounde given the reports surrounding the club’s aim of transforming their defence this summer.

However, the issue reportedly lies over the Lilywhites having not qualified for the Champions League and with that, it brings into question what quality of defender Spurs can still attract this summer.

It has also been suggested Milan Skriniar would not be open to a move to Spurs, with the Slovakian hoping to stay at Inter this summer.

Following an underwhelming 2020/21 campaign, Nuno Espirito Santo has the task of getting Spurs back into the top four, but that starts with this summer’s transfer window, which we feel Spurs must get right to be in with a chance.

In other news: ‘We’re firmly in the mud’, ‘I’m actually done’ – Lots of Spurs fans raging as update emerges