Lots of Tottenham Hotspur fans have expressed their thoughts on Twitter at the latest transfer claim to emerge regarding the north London club.

According to German outlet Bild, reported Spurs target Marcel Sabitzer could be made available for as little as €20m (£17.1m) this summer. 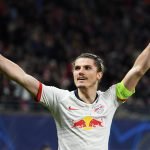 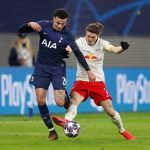 The report states as Sabitzer now has only one year remaining on his current deal with RB Leipzig, it could leave Die Roten Bullen willing to accept just €20m for the midfielder.

The Lilywhites have reportedly previously expressed their interest in the 27-year-old, who was able to provide one assist during Austria’s four Euro 2020 games.

Spurs fans flocked to the tweet from The Spurs Web which relayed the claim coming out of Germany, and it seemed they were happy with what they read.

“Nuno I beg make it happen”

@ShamelessLz
“Let’s get this deal done”
@Tottenham_Feed
“Nuno please I’m on my knees my arms are shaking sign himmm”
@Stxrdxst__
“This price is ridiculously low get him there for god’s sake”
@Domino82432672
“Pay the money please. I beg”
@Stephe_Marcos
“Could be huge for us”
@hoshenhem

Sabitzer featured 27 times for RB Leipzig throughout the 2020/21 Bundesliga campaign and was able to find the back of the net on eight occasions, as well as providing four assists (via Transfermarkt).

Going off the reaction of these Spurs fans, it seems they would be delighted to see Sabitzer join the north London club this summer on the back of the report he may go for as little as €20m.