Lots of Tottenham Hotspur fans have taken to Twitter to voice their thoughts at the latest transfer claim to emerge regarding the north London club.

According to CalcioMercato, Tottenham have submitted a new ‘monstrous’ bid of €55m (£47m) to Atalanta for their centre-back, Cristian Romero.

Should Spurs look at other options if this reported bid is not accepted? 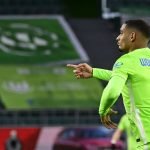 The report also suggests this bid could well be the final one for the Argentine if it is to be rejected.

Spurs have been heavily linked with the 23-year-old centre-back this window, with reports suggesting the Argentine is keen to join the Premier League side this summer.

Tottenham fans flocked to the tweet from The Spurs Web relaying the news to emerge from Italy to voice their excitement at the latest news on their pursuit of Romero.

@thfcmtt
“This is more like it if this is true I love Paratici and I will respect and trust him! If this happens I’m sure I won’t be the only person #COYS #THFC”
@DaleNiland2
“ITS HAPPENINGGGGGGGGGGGGGG”
@SplendidSonny
“That’s what they want I swear”
@THFCcallan
“PLEASEEEE”
@llospurs
“WE MEAN BUSINESS”
@RDhondt
“It’s really happening”
@HugoLlorisTalha

The report coming out of Italy also suggests La Liga powerhouses Barcelona are also still in the running for the Argentine centre-back this summer.

It appears Spurs are really beginning to push to secure the services of Romero and these fans seem delighted to hear the club’s reported bid for the centre-back.