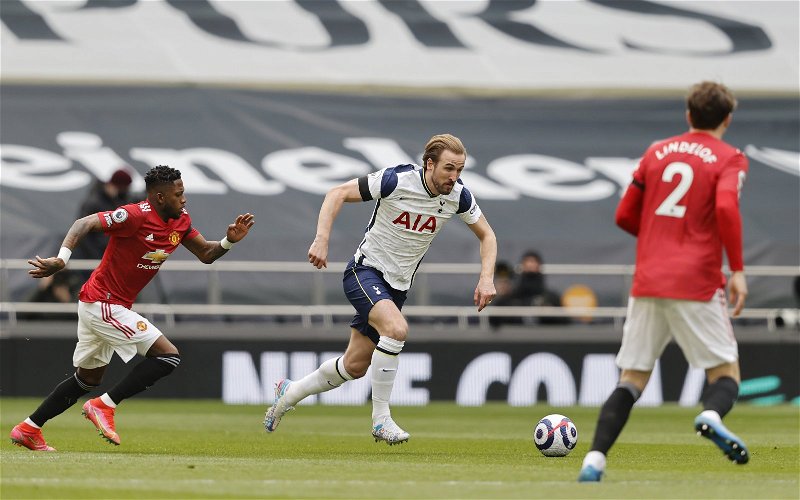 Many Tottenham fans have been talking about the latest update from Alasdair Gold that emerged on social media.

Journalist Alasdair Gold has recently stated an update about Harry Kane, claiming that the Englishman is not for sale and Tottenham maintain that stance. The journalist also harked back to Nuno Espirito Santo’s comments about Kane, as the Portuguese emphasised on Spurs’ stance about the Englishman too.

Should Spurs let Kane go for a huge fee?

This comes after The Sun had reported that Kane is poised for a move to Manchester City, with Daniel Levy having supposedly agreed to let the player join the champions.

Gold’s update about Kane drew the attention of many Tottenham fans, who began talking about the striker.

“So are you going to say the Sun story is wrong?“

“Ali you are the flame of hope we Spurs fans are holding on.”

“The most relieving thing is to know that these incoming transfers are not as a result of that potential Kane money. COME ON YOU SPURS!“

“I hope you’re right Alasdair, but the same was said all summer when we sold Bale. I don’t trust Levy, so am preparing myself for the inevitable. If he stays and we spend all this money then it will be party time, but until then nothing is set in stone.“

“You have been debunked. This is Ali’s world. You’re just living in it.”
Credit: @PlShocky
“Thanks for clarifying. TalkSport was behaving like it was gospel. Spurs fans kept calling in voicing their opinions. It was surreal.“
Credit: @InaStrickner
“All I needed to hear”
Credit: @Rg_nald_SA
“There it is”
Credit: @DianeGreen_thfc

These Spurs fans are buzzing about Gold’s update and they believe that his update has proved The Sun’s claim wrong.

While Kane certainly did impress for Spurs in the 2020/21 season by being the highest scorer and the highest assister in the campaign, he clearly wants to leave the club this summer.

So Spurs may not want to keep an unhappy player at the club, as it may impact their performances as a team, therefore, if they get a huge fee for the Englishman, they should perhaps let the striker leave and reinvest that money in improving their squad – but it seems they have not received a high-enough bid as of yet.

In other news: ‘I’ll drive him there’, ‘Best transfer window’ – Many Spurs fans buzz as rumour emerges