Many Tottenham Hotspur fans have been talking about a news update regarding Toby Alderweireld that emerged on social media.

Journalist Charlie Eccleshare recently wrote about the situation of Alderweireld at Spurs, claiming that the Belgian has told the club of his desire to leave this summer.

The defender is confident that a move can take place after the European Championships and Spurs are said to be ‘unlikely to stand in his way’ of a potential departure. 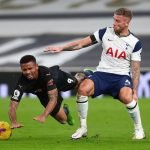 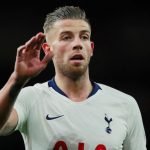 Royal Antwerp are interested in Alderweireld, while clubs in Spain and Italy are also looking at the Belgian. It has been stated that his wage of £100,000 per week could put off would-be suitors.

This news was posted on Twitter by The Spurs Express. Many Tottenham fans made their opinions clear about this.

“Isn’t his contract up this Summer? It’s time for him to go; he’s been great but time moves on.”

“I think we need to get rid of the majority of the Poch era it feels like there’s too many burnt bridges in the team.”

“It’s the right time. If he does leave thanks for everything Toby.”
Credit: @Macaully_Moffat
“Sad but it’s time to move on.”
Credit: @thfcprime
“Pain but it’s for the best.”

In the 2020/21 Premier League campaign, Alderweireld was Tottenham’s highest-rated central defender as he grabbed a rating of 6.86 while playing 25 times in the top flight (as per WhoScored).

It shows that he can still be a very capable defender and he might be worth keeping around at Spurs. But since he wants to leave and his contract expires in 2023, Spurs could sell him this summer and earn a decent fee from his sale.

In other news: ‘What a day’, ‘Bigger news than Kounde and Skriniar’ – Many Spurs fans buzz over transfer news