Many Tottenham Hotspur fans have been discussing the club’s links with a move for midfielder Lorenzo Pellegrini.

The Athletic recently published an article which carried some information about Tottenham’s potential summer targets. It mentioned the name of Pellegrini, claiming that the Italian has been identified as a target for the Lilywhites – but they’d have to meet his release clause of €30 million (£25.6 million) to sign the Roma star. 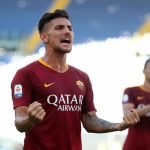 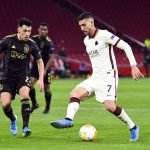 It has been previously suggested that the Giallorossi have been working to renew Pellegrini’s contract at the Stadio Olimpico.

The news about Pellegrini was relayed on Twitter by The Spurs Express. Many Tottenham fans began talking about this.

“Please he only has a 25m release clause pls.”

“Siuu it’s from The Athletic.”

These Spurs fans are excited by this news and they’d like the midfielder at their club for the next season.

Pellegrini has contributed to goals regularly over the last two seasons for Roma. In the 2019/20 campaign, he directly contributed to ten goals. Last season, he had a hand in 13 goals in the league (as per FBRef).

Pellegrini can play in central midfield, but he can also play in the attacking midfield role or as a defensive midfielder. With Harry Winks’ future uncertain right now, bringing in Pellegrini may be a good idea.

The Italian won’t be an expensive signing because of his release clause and he’s of the same age as Winks.

In other news: ‘Out the door’, ‘Far away from the club’ – Lots of Spurs fans blast 25 y/o as news emerges