Many Tottenham fans have been fuming at a news update regarding Tanguy Ndombele that emerged on social media recently.

ESPN’s James Olley has recently reported about Tottenham’s chase of Houssem Aouar, claiming that the Lilywhites have entered the race to sign the Frenchman and they’re willing to offer Ndombele in a potential swap deal.

Lyon reportedly value Aouar at a cut-price €25 million (£21.4 million) and Spurs have contacted the Ligue 1 side by giving them the chance to re-sign Ndombele.

Should Spurs try to do this deal? 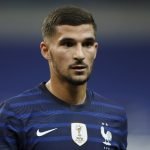 Lyon haven’t responded yet, but talks are currently ongoing between Spurs and the French side. This news was relayed on Twitter by The Spurs Express and many Tottenham fans made their views clear about it.

“This club is so dusted.”

“Would be a horrific move.”

“Don’t believe this guys come on.”

“James, what did you just say?“

“Keep Winks but get rid of Tanguy. We’re so damn unserious.”
Credit: @ThatsG_
“This happens and am done with this club.”

“This would be such an awful decision.”

These Spurs fans are angry at this news update and they don’t want this move to take place. They’re making their annoyance very clear.

Spurs had signed Ndombele as recently as the summer of 2019 and broke their transfer record to rope him in for a fee of £53.8m. He was a regular for the club last season, so his valuation in Spurs’ eyes shouldn’t be too much lower than that fee.

But as the report suggests, Aouar’s value is at £21.4 million. This shows that a direct swap involving Ndombele and Aouar doesn’t make sense because of their different values – but by that logic, Spurs would be rating Aouar far higher than Ndombele if they were to go ahead with such a proposal.

In other news: ‘We moveee’, ‘Omds’, ‘Huge’ – Many Spurs fans excited as transfer claim emerges