Journalist Dean Jones has talked about the possibility of Tottenham earning some extra finances through their stadium sponsorship in the future.

The pandemic had denied Spurs finances a significant amount of income. To deal with the financial impact, Spurs had taken a loan of £175m from the Bank of England last year. Now, it’s been over two years since the stadium had a sponsor.

Jones talked about Spurs getting a potential sponsor for their stadium when he appeared on the latest episode of Touchline Talk. He revealed that Daniel Levy might soon have an announcement to make regarding the stadium sponsorship and that may hand the club some money. 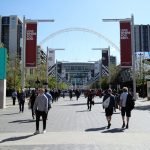 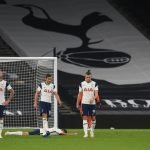 He claimed: “I also heard that there’s also an issue with naming rights around Tottenham’s new stadium. Nothing’s come of that yet. There have been a few whispers in the last month or so that Levy might have an announcement up his sleeve.

“I don’t know if it’s about that, but someone said that he seems quite excited about something else that’s bubbling. So that’ll be handy if they can get a load of money off somebody just putting their name on the stadium.”

In the summer of 2020, Spurs had spent £99.45 million on players. That, coupled with the financial impact of the pandemic suggests that the club might need more financial help from elsewhere.

The club is expected to undergo a period of transition with Nuno Espirito Santo now in charge. So to fund the transition, the club will need more funds to make transfers, and if the stadium sponsorship comes this summer, it could be massively beneficial for Tottenham.

In other news: ‘Yessss’, ‘Woah, that come out of nowhere’ – Many Spurs fans excited as update emerges