Alasdair Gold has been speaking on his latest Tottenham Hotspur YouTube video to discuss the north London club’s squad ahead of the upcoming 2021/22 season.

One player which Gold spoke about was the 17-year-old striker, Dane Scarlett, who has already received a lot of praise from their former manager, Jose Mourinho.

Should Scarlett start in the Europa Conference League? 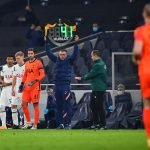 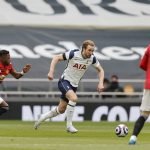 The young striker started their first pre-season putting against Leyton Orient on the weekend which saw Scarlett open the scoring after latching on the end of Lucas Moura’s through ball.

Discussing the youngster’s performance against Leyton Orient and his future at Spurs, Gold had the following to say.

“I was speaking to some people around the club about him. Everyone says he is the most grounded young man you’ve got.

“At this stage – and I very much want to state that and put a massive line underneath it, at this stage – Dane Scarlett ticks all the boxes.

“He is very, very talented and incredibly driven. He’s, I’m told, very quiet but not in a shy way, he’s not a guy that is very meek, he just very much sits there or listens and watches and learns. And on the pitch, you can see the confidence in him in his pitch work.”

It is interesting to hear Gold speak so highly of Scarlett at such a young age. Spurs saw a similar rise from Troy Parrott in the Premier League youth divisions, however, he has struggled to live up to expectations in his two loan spells in men’s football.

Parrott is still only 19 years old so there is still time for him to prove himself, however, Gold seemed to speak of Scarlett with even higher regard.

The Europa Conference League could provide Nuno Espirito Santo with the perfect opportunity to deploy Scarlett and aid his development by introducing him to the world of men’s football.

From what Gold had to say, it sounds like Scarlett has the correct mentality for a young man who is receiving a huge amount of praise which is certainly an encouraging thing for the Spurs fans.