A lot of Newcastle United fans have taken to Twitter to express their anger at Martin Dubravka’s latest injury.

It appeared that Freddie Woodman was set to join Bournemouth on loan for the season before Steve Bruce realised that Dubravka’s injury would keep him out of the pre-season friendlies on Sunday.

Is Woodman good enough for Newcastle? 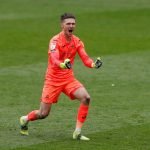 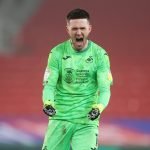 Dubravka didn’t make an appearance in the Premier League for the Magpies until February because of injury and Karl Darlow being in great form, which saw him receive talk of an England call-up.

Many Newcastle fans have vented their anger on Twitter following the news of Dubravka’s injury.

What have these Newcastle United fans had to say?

“3 things are guaranteed in life. Death, taxes and Dubravka getting an injury before the new season”

“This has a deja vu of last season already…”

“Dubravka turning into a sicknote now”

Dubravka was handed a new six-year deal at the club back in 2019, which is arguably one of the problems standing in the way of Woodman making the No 1 spot his own at Newcastle.

It appears that Dubravka is Steve Bruce’s first-choice keeper whenever fit after he shunned Darlow to one side once the Slovakia international was back and fully fit.