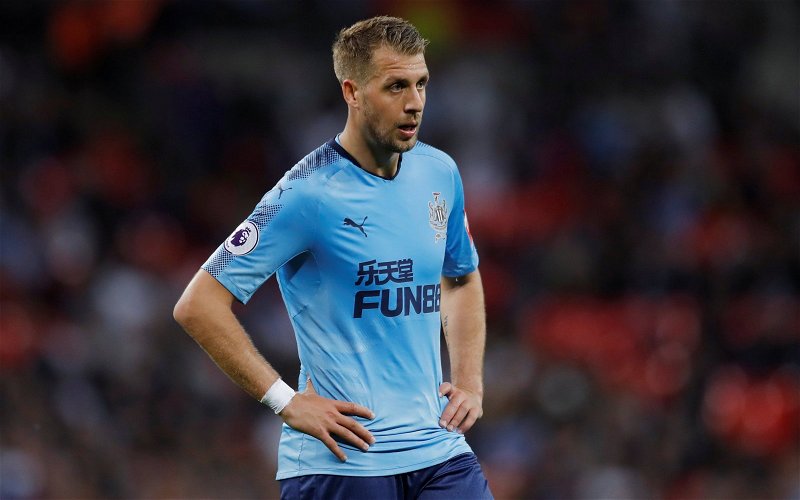 A lot of Newcastle United fans are fuming on Twitter about the news of Florian Lejeune leaving the club permanently.

Lejeune has joined Spanish outfit Alaves, the same side who he was on loan with last campaign, where he managed to played 34 times – the first time he’s played that many games since he joined the Magpies.

The Frenchman was unfortunate with the amount and the severity of injuries he picked up during his time on Tyneside, which saw him spend lengthy periods of time on the sidelines.

Many Newcastle fans have reacted negatively on Twitter to the news surrounding Lejeune.

“Absolutely idiotic club. Please don’t dare complain about injuries when the players start dropping like flies in January as usual.”

“Joke of a decision.”

“This might be the worst day of my life”

“Another absurd decision to add to this list under the Mike Ashley era!”

“Really struggling to see the logic in this one. He’s one of our best central defenders? #NUFC“

Lejeune only ever managed to score two goals during his time at Newcastle, but they are likely to live long in the memory of fans, as he netted a brace in added time to earn a point against Everton during the 2019/20 season.

The fee is claimed to be undisclosed, which means it remains to be seen what Steve Bruce’s budget will now look like following Lejeune’s departure – but either way, fans seem far from impressed.