Newcastle United journalist Liam Kennedy has provided an update on claims surrounding the future of Isaac Hayden at the club.

A recent report in The Sun claimed that Southampton were showing an interest in his services, with the report later going on to state that he could be available for £10m. The 26-year-old midfielder has just completed his fifth season on Tyneside, where has had made 157 appearances in all competitions so far.

However, speaking about the issue on NUFC Matters, Kennedy appeared to quash those reports by suggesting that Hayden is very much part of the furniture at the club and is in the club’s plans going into next season:

“The club were really keen to brief maybe a week, week and a half ago, that Isaac Hayden to Southampton was not on the agenda. There were no talks taking place.

“I think the player wants to stay, he only signed a new contract I think it was in October or November last year – a long-term one, committing his future, because there’s always been an undercurrent of uncertainty around Isaac Hayden.

“But it feels like he’ll probably be a part of things next season. That’s my opinion.”

There is every reason Hayden should be Newcastle’s plans, because his stats last year proved that he’s a very important part of the team defensively.

He led the team in both tackles and interceptions per game, with 2.2 and 1.8 respectively – and whilst Newcastle weren’t the greatest defensively as they conceded 62 goals in their 38 games, it could be argued things certainly could have been a lot worse if not for him doing his best to shield the defenders.

And with another summer of uncertainty at the helm when it comes to the club’s finances, and with a reportedly rather low budget to work with, it seems unlikely that they’d be able to bring in a suitable replacement, so keeping him around a little bit longer would seem like the pragmatic approach to take.

Is Hayden an underrated player? 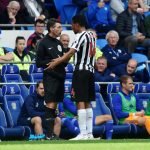 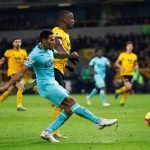 In other news: ‘Oh no’, ‘That’s absolutely embarrassing’ – Many NUFC fans flocked to striker injury news