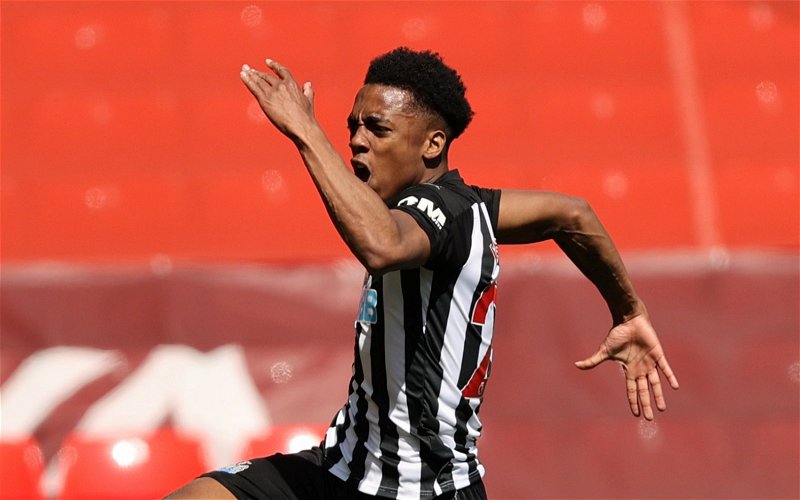 The 21-year-old was sensational for Newcastle United in the second half of last season as he scored eight goals, including a run of seven in seven appearances to round off the season, with those goals ultimately proving vital in the successful battle to stay clear of relegation.

It’s no surprise, then, to see that Newcastle boss Steve Bruce wants to keep the 21-year-old up on Tyneside for the upcoming campaign. However, despite having reportedly made a bid for him earlier in the summer, there is still no word on whether or not they will be able to get the transfer done before the window closes.

Speaking on a Facebook Live video, Ryder provided an update on the situation, hinting that the club were starting to get a little impatient and might be forced to get desperate to find out what the situation was with the Gunners:

“They’re desperate to get him, there’s no doubt about that. It does sound like they’re going to give Arsenal a bit of an ultimatum in terms of a date, because if they don’t get Willock, they’re going to have to get someone else.”

With less than six weeks to go until the end of the window and less than three weeks until their first game, time really is running out for them if they are to get things ready and lined up before the start of the season.

And whilst they do reportedly have a couple of options lined up as alternatives, you can’t blame them for wanting to make someone like Willock their priority after the impact he had with them last season.

At the same time, though, they should probably be working on those alternative deals already just in case, as the last thing they need is to wait too long for Willock, get turned down and then not have enough time to try and get those other targets either.