Newcastle United fans on Twitter have been responding to the latest transfer claim to emerge concerning the Tyneside club.

The article claims that Steve Bruce’s side are interested in signing their former loan star Valentino Lazaro from Inter Milan this summer.

This post then gathered a number of replies from Toon supporters who were not shy in sharing their thoughts on the matter.

So, what did these Newcastle fans have to say about this claim about a potential permanent move for Lazaro?

Some fans were quite open to the idea of seeing Lazaro return to St. James’ Park on a permanent deal this summer.

“Would be decent that, he’s a good player”

“He’s a good player would love to see him back”

“Happy for him to join, dependant on the price obviously”

“Inter desperately need to raise funds so I could see them selling at a reasonable price. Can’t say I’d be rushing back to play under Bruce again if I was him though?”

“No thank you. Announce Joe Willock”

Looking at the replies to this post, it seems as though the idea of Newcastle potentially signing Lazaro on a permanent deal this summer has completely split this group of Toon supporters.

Would you want to see Newcastle sign Lazaro on a permanent basis this summer? 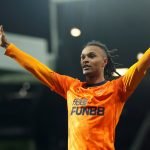 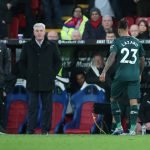 Given how Lazaro only managed to earn himself a fairly uninspiring overall rating of 6.21/10 for his performances in the 15 Premier League appearances he made in a Newcastle shirt last season according to WhoScored, it’s understandable why some fans are reluctant to see the club sign him permanently this summer.

In our view, unless Lazaro is open to moving to Newcastle on a permanent basis and the club are able to work out a fairly cheap deal for the defender, then perhaps it would be best to leave Lazaro where he is and look at some other potential transfer targets.

In other news: ‘Dreaming’, ‘Imagine if we pulled this off’ – Many NUFC fans excited as rumour emerges