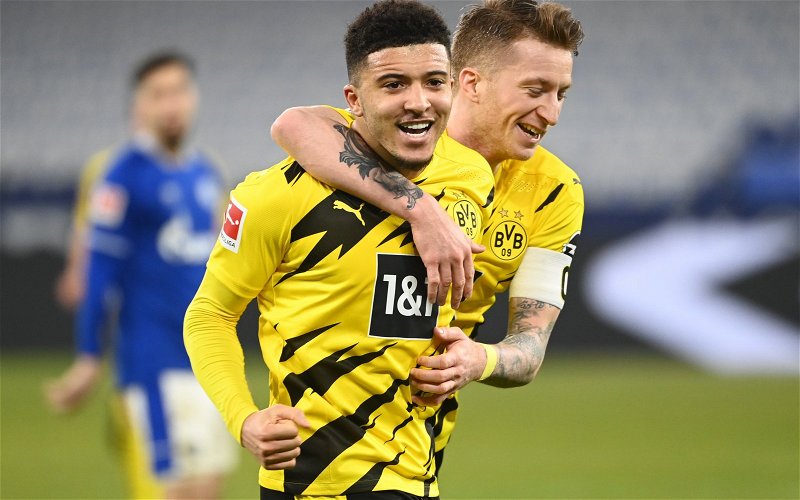 Journalist Samuel Luckhurst has talked about Jadon Sancho and his potential debut date for Manchester United.

United have already agreed a deal in principle to sign Sancho from Borussia Dortmund and the English giants will pay a fee of £73m to sign the 21-year-old. But with Sancho recently seen holidaying with Marcus Rashford following England’s exploits at Euro 2020, it is unknown when he could be seen in United shirt for the first time.

Luckhurst appeared on the latest episode of the Manchester is Red podcast and spoke about Sancho’s signing, when the move could be announced and when he could make his potential debut. The journalist stated that Sancho can feature in United’s friendly against Everton.

Will Sancho play in the opening PL game? 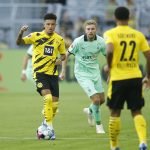 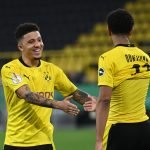 He claimed: “I suspect that the inevitable debut date will be the Everton game on August the 7th, given that Sancho is going to have three weeks off now, like the other international players – [Harry] Maguire, Luke Shaw. Obviously, Marcus Rashford is going to be a bit longer with surgery on his shoulder that’s expected to take place and really is essential after the way he’s played this year.”

It has been reported that Rashford is expected to undergo surgery on his shoulder and that could keep him out for about two months, as a result of which, he would miss quite a few games for United.

To make sure that Rashford’s absence isn’t felt too strongly, United would need to make sure that they get Sancho accustomed to the surroundings and the tactical approach soon. The 21-year-old can play on either wing and if Rashford isn’t playing, he can play in his position and contribute to goals.

So having Sancho feature against Everton in their friendly on 7th August should be an important thing for United.

In other news: ‘I was told by people who are involved’ – Journalist drops huge Man United transfer claim