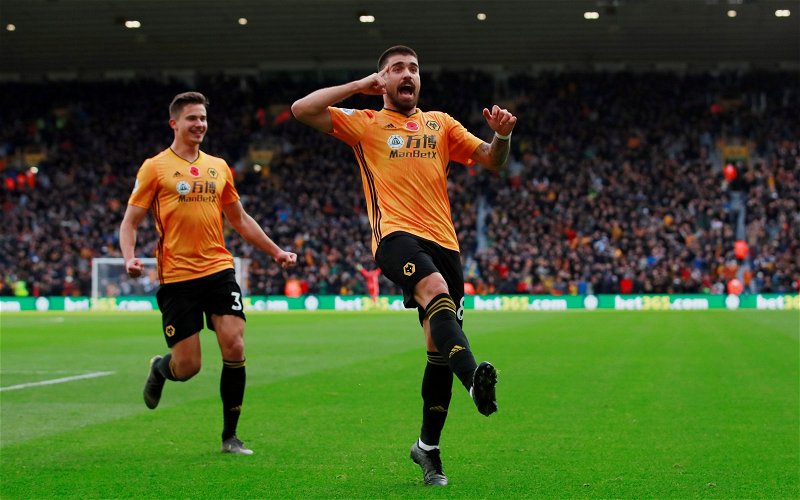 Dean Jones has revealed where Manchester United stand in their pursuit of a new midfielder, as he spoke on the Football Terrace’s The Done Deal Show.

There have been reports circulating that Saul Niguez could be heading to the Premier League this summer, with both Man United and Liverpool being credited with an interest in the midfielder, who was handed 22 starts in La Liga last season, the lowest tally of his career since the 2014/15 campaign.

Do you think Wolves will sell Neves this summer?

The Spaniard is not the only midfielder to have been linked with a move to Old Trafford, as Ruben Neves has been tipped to join fellow countryman Bruno Fernandes at Man United, with Wolves willing to sell their midfielder this summer.

Jones offered his verdict on who the Red Devils are targeting to bolster their midfield this summer.

“I just haven’t heard a lot about Saul Niguez personally, so it’s hard for me to assess that one.

“So I would say, because of information I’ve had – and it all depends on your sources – I know for a fact that they do like Neves, that they’ve been working on it in the background and it’s reasonably far down the line.

“If they do want to progress with it, then they can, because the foundations have been laid.”

Saul and Neves both would arrive with reputations across Europe, but the latter would join already prepared and established in the Premier League – and with the Red Devils already bringing in Jadon Sancho and close to sealing a deal for Raphael Varane, having an experienced Premier League midfielder join may be the smarter signing.

Neves would also reportedly only cost Man United £35 million, which is arguably not a lot in today’s market. Particularly if they are to offload Paul Pogba, they could reinvest whatever transfer fee they receive from a potential move to PSG and use some of his wages on Neves as well, so it would likely be a cost-effective move going for the Portuguese midfielder.

It has also been reported that Fernandes would be in favour of welcoming Neves to Old Trafford, obviously knowing what he is like from when their paths have crossed with the national team and that could go a long way to helping secure his long-term future at Man United.