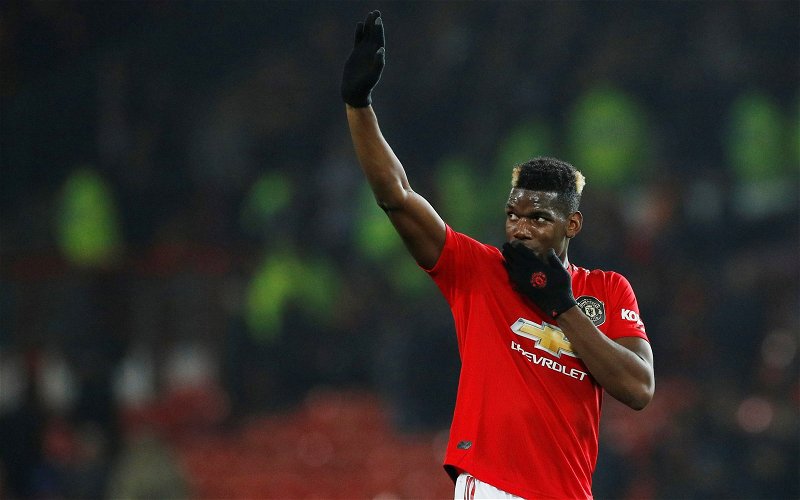 Football journalist Duncan Castles has been sharing some details on Manchester United midfielder Paul Pogba’s current situation and his future at Old Trafford.

This comes after Castles co-hosted a recent episode of The Transfer Window Podcast where he spoke about the biggest talking points in football at the moment.

On the subject of Pogba, whose current contract is set to expire next year, Castles had this to say about the Frenchman.

He said: “Paul Pogba wants to move to Real Madrid. His dream, I’m told by people I know well, has been to play for Real Madrid; he’s been pursuing that dream for a long time.

“It has been difficult to convince Florentino Perez to buy him out of his Manchester United contract. One of the reasons for that is that Florentino Perez does not like his main representative, Mino Raiola.

“Raiola has been proposing as a way out of the problem United have with Pogba – that he only has one year left of contract and he has been avoiding discussions over renewal – that he be moved this summer.”

Pogba, who worked his way through United’s youth system after joining in 2009, signed to Juventus in 2012 on a free transfer before returning to Old Trafford in 2016 for a fee of £94.5 million (per Transfermarkt).

Overall, the 28-year-old, who is currently valued at £54 million, has made 206 senior appearances for the Red Devils, in which he has managed to score 38 goals and provide 42 assists along the way.

With Pogba making a total of 42 appearances for United across all competitions throughout the 2020/21 season, this shows just how important he is for the team.

Also, with Ole Gunnar Solskjaer previously sharing his hope to see Pogba sign a new deal at Old Trafford, this suggests he is highly valued by the United manager.

Do you think MUFC should sell Pogba this summer?

However, if Pogba does indeed have aspirations to leave United and play for Real Madrid, then perhaps it could be in everyone’s best interests to allow him to leave should he express his wishes to do so instead of keeping him at a place he doesn’t want to be.

In other news: ‘I checked’ – Insider drops big Man United claim as ‘out of the blue’ rumour emerges