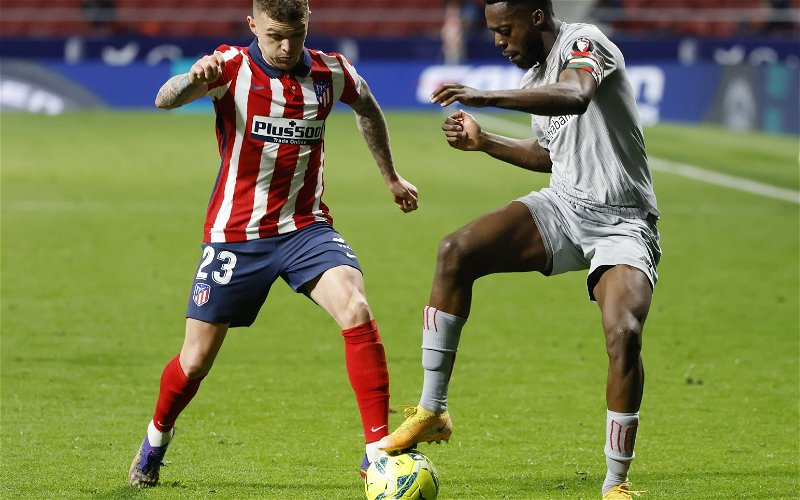 Ole Gunnar Solskjaer has an impressive first XI at his disposal, but his lack of squad depth is one reason why United aren’t yet able to compete for regular domestic honours with Manchester City.

United currently have Aaron Wan-Bissaka at their first-choice right-back, whilst Luke Shaw has made the left-sided spot his own following a terrific 18 months under Solsjkaer, which led to him being named as the club’s player of the season.

However, according to the Manchester Evening News, Trippier, who starred for England at Euro 2020, alongside Shaw, is confident that he’ll seal a return to the Premier League this summer and make the switch to Old Trafford.

Do you think this will help Man U get Kane?

Yes, this could help

No, he won't hand in a transfer request, so it doesn't matter

Whilst Trippier has played mainly on the right for his club, he has quickly become Gareth Southgate’s utility man on the international stage – epitomised by his ability to play in several different positions at the European Championships.

Asked whether signing Trippier could give United the squad depth needed to challenge City, Palmer exclusively told This is Futbol:

“Absolutely! He went to Atletico; he won the title. He can play right-back, left-back, on either side – you need those squad players.

“You wait for that opportunity in the first-team team, and if Trippier gets into the first-team, he will take some dislodging, wherever he plays.”