Football journalist Fabrizio Romano has been sharing some details on Raheem Sterling’s current situation at Manchester City and the possibility of him signing a new deal at the club.

This comes after Romano co-hosted a recent edition of the Here We Go Podcast where he spoke about a range of transfer-related topics.

On the subject of Sterling and his current situation at the Premier League champions, Romano had this to say.

He said: “He was one of the players that was potentially included in the Harry Kane deal with Tottenham, but Sterling has no intention to be part of any swap deal or this kind of negotiation, and at the moment, the situation is still quiet.

“Sterling is having an amazing Euros with England and now they are considering to extend his contract, they are thinking about it since February.

“So, I think if Sterling will stay the summer at Manchester City, they will work on a new contract for him.”

Since then, the 26-year-old, who is currently valued at £81 million, has made 292 appearances for City across all competitions, in which he has managed to score 114 goals and provide 87 assists along the way (per Transfermarkt).

As Romano mentioned, it was previously reported that City were supposedly open to using Sterling as part of a swap deal that would have seen Tottenham Hotspur striker Harry Kane move to the Etihad Stadium, but Sterling had no apparent interest in this – and it looks as if his form at Euro 2020 has played a part in potentially extending his time in Manchester.

Do you think City should offer Sterling a new contract? 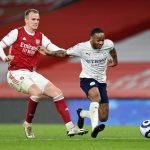 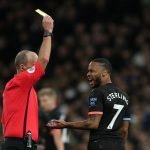 Given how only Ilkay Gundogan (13) scored more goals than Sterling (10) in the Premier League last season and only Kevin De Bruyne (12) provided more assists than the Englishman (7) throughout the previous campaign, it’s safe to say that Sterling is an important player for Pep Guardiola’s side in an attacking sense.

In our view, even though Sterling’s current contract at City isn’t set to expire until 2023, the club should definitely try and convince the winger to extend his deal and keep him for as long as possible.