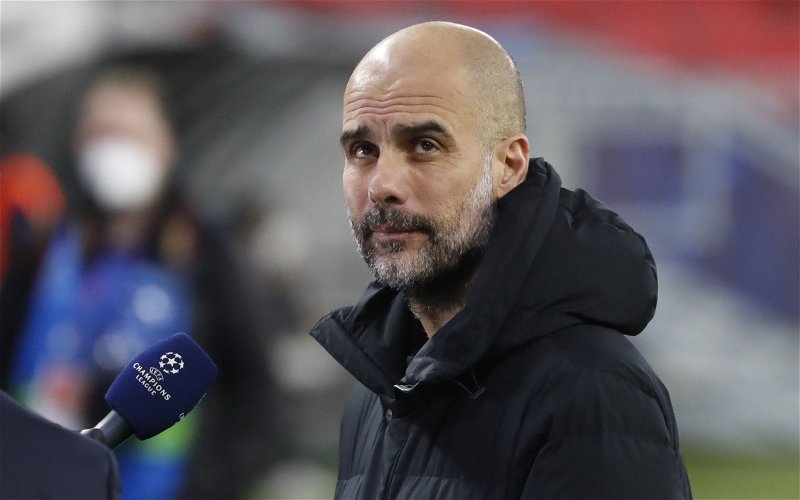 This comes after Castles hosted a recent episode of The Transfer Window podcast, where he spoke about a range of transfer-related subjects.

On the subject of Mendes and a potential move to Pep Guardiola’s side this summer, Castles had this to say on the matter.

He said: “Nuno Mendes, in this case, has been offered to Manchester United.

“Manchester City do like the player, it’s my information that Txiki Begiristain thinks he is the best player in Sporting’s squad at present, but not interested at the price that Sporting have been trying to get for him which has been mentioned at €60 million.”

Mendes, who is a product of Sporting’s youth system, made his senior debut for the club back in June last year. Since then, the 19-year-old, who is currently valued at £36 million according to Transfermarkt, has made 44 appearances for the Portuguese club across all competitions, in which he has managed to score one goal and provide two assists along the way.

Given how City have not been strangers to splashing the cash on full-backs in previous transfer windows such as Kyle Walker, Joao Cancelo, Danilo and Benjamin Mendy, it’s strange to hear, in our view, that the club would not be willing to spend the money Sporting are reportedly asking for to secure the signing of Mendes – especially given how young he is, as it could be considered a long-term investment.

Do you think City should try and sign Mendes this summer?

Moving forward, we feel that if City do want to sign Mendes this summer, then they will have to try and work out a deal with Sporting that would suit all parties financially.

However, with recent reports claiming that the Premier League champions are not looking to sign the defender this summer, it seems as though this could be the end of any speculation regarding Mendes joining Guardiola’s ranks this summer.

In other news: ‘Now they are considering’ – Fabrizio Romano reveals twist at Manchester City