Transfer insider Dean Jones has been speaking on the latest edition of The Done Deal Show from The Football Terrace to discuss all things transfer-related.

One name which Jones spoke of was Lille midfielder Renato Sanches, who has been recently linked by Portuguese sources (via Liverpool Echo) with a potential summer switch to Liverpool.

Is Renato Sanches a good replacement for Wijnaldum? 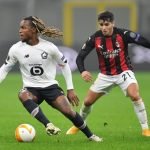 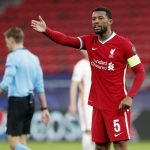 The 23-year-old midfielder joined the current French champions in 2019 from German giants Bayern Munich in a deal believed to be worth in the region of £18m (via Transfermarkt).

In the 2020/21 campaign, as Lille lifted the Ligue 1 title, Sanches made 23 appearances in the French top flight, in which he was able to get his name on the scoresheet once and provide three assists (via Transfermarkt).

Discussing the future of the 23-year-old, Jones had the following to say on a potential summer switch to Liverpool.

“I always say, look at where the stories are coming from, who’s leaking these – and the kind of places I’ve seen it reported give it, I think, some credibility.

“And I also believe that because [Lille] is a selling club right now, it makes the deal doable. And I think it’s probably going to be within a price range that Liverpool would be able to do.

“So it’s definitely one to keep an eye on, this.”

TIF Thoughts on a potential move for Sanches…

Sanches has come a long way since his underwhelming spell in the Premier League with Swansea City in the 2017/18 season which saw the midfielder plagued with injuries.

Since leaving the Swans, Sanches has got his hands on the Bundesliga title and DFB Pokal with Bayern Munich, as well as the Ligue 1 title with Lille last season (via Transfermarkt).

With Georginio Wijnaldum having left already this summer to Paris Saint-Germain, could Sanches be the ideal long-term replacement for the Dutchman?