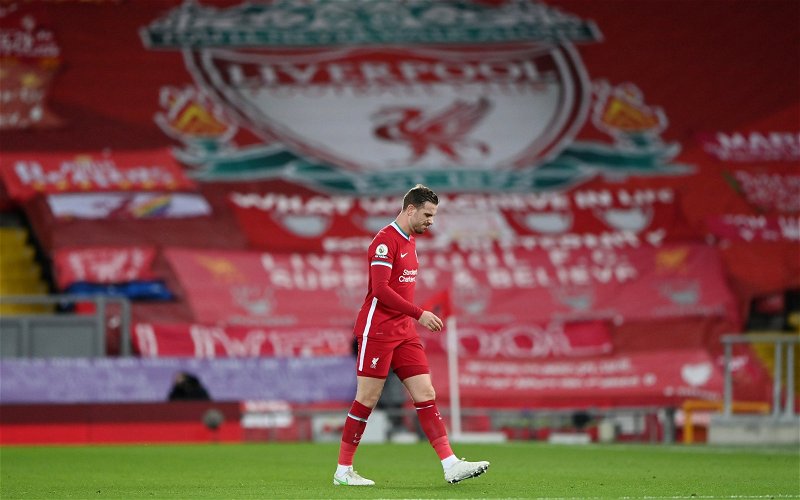 Dean Windass has exclusively told This is Futbol that Jordan Henderson will be a Liverpool player next season but doesn’t see his long-term future at Anfield.

The Reds captain has been a crucial part of their success in both the Champions League and Premier League under Jurgen Klopp, but recently entered the final two years of his contract.

But the midfielder hasn’t yet been able to come to a solution following talks that started before the Euros, which have led to speculation over his Liverpool future.

If Henderson doesn’t end up extending his stay on Merseyside, he’ll be available to leave on a free transfer in the summer of 2023 once his deal expires.

And whilst Windass has no doubts over the 31-year-old making a shock exit in this window, he exclusively told This is Futbol that he doesn’t expect Henderson to be a Liverpool player for many years to come:

“Henderson will go and someone will step up. I think Jordan will be there next season, the captain of the football club, but I can’t see him being there for another three years.”