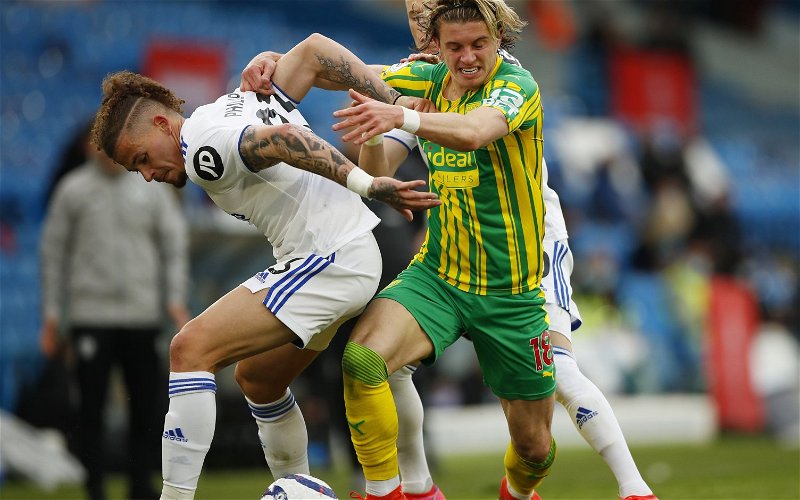 Leeds United presenter Joe Wainman has been sharing his thoughts on the possibility of the Yorkshire club potentially making a move to sign Chelsea midfielder Conor Gallagher during the current summer transfer window.

This comes after Wainman recently uploaded a video onto his YouTube channel, where he spoke about the latest news topics concerning Marcelo Bielsa’s side.

After it was recently reported that Leeds have approached Chelsea to sign Gallagher on a loan deal for the upcoming 2021/22 Premier League season, Wainman had this to say on the matter.

He said: “Conor Gallagher could have an impact on this Leeds United side that gets us European football.

“Okay, we might not then be able to sign him, but it’s a loan well-made and I think that’s a key point to remember.

“I know a lot of people [say] we don’t want another Ben White saga, but ultimately, Ben White’s loan was a success. Yes, he didn’t end up a Leeds United player, now he’s going to Arsenal for £50 million, good luck to him, but he served his purpose.

“[When Pontus] Jansson [left] – a lot of fans were up in arms, he came in, we got promoted.

“Conor Gallagher might come in, a lot of fans, again, undecided, up in arms, he could come in, we might get European football – then, it’s a loan well-made.”

Gallagher, who is a product of Chelsea’s youth system, has had previous loan spells at club’s such as Charlton Athletic, Swansea City and most recently, West Bromwich Albion last season.

The 21-year-old central midfielder, who is currently valued at £13.5 million, has yet to make a senior appearance for Chelsea (per Transfermarkt).

Given how only five other outfield players that started more than one Premier League game last season earned a higher overall rating than Gallagher (6.63/10) according to WhoScored, this shows that he has what it takes to perform in the Premier League at a respectable level.

As Wainman mentioned, one previous loan signing the club made was Ben White from Brighton & Hove Albion who ended up playing every minute of Championship action in the season that saw Leeds promoted back to the Premier League after a 16-year absence.

In our view, if Bielsa feels as though he needs some extra reinforcement in his midfield then perhaps signing Gallagher on loan for the season could work out well for all parties if the player isn’t likely to get much playing time at Stamford Bridge this season, which we feel would be safe to assume considering they have the likes of N’Golo Kante, Jorginho, Mateo Kovacic and Mason Mount in their squad.