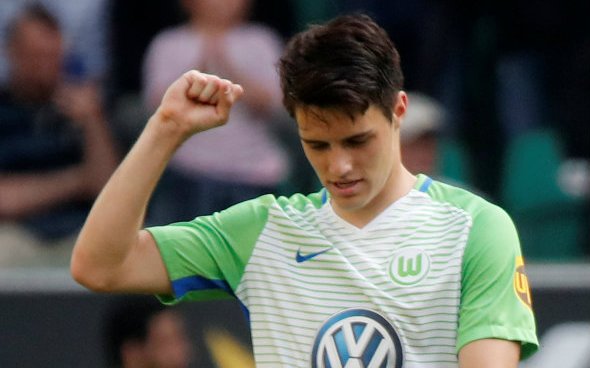 Leeds United presenter Joe Wainman has been sharing his thoughts on the possibility of the Yorkshire club making a move to sign Wolfsburg winger Josip Brekalo during the current summer transfer window.

This comes after Wainman recently uploaded a video onto his YouTube channel, where he spoke about a range of topics concerning Marcelo Bielsa’s side.

After it was recently reported by SportBild (as per Sport Witness) that Leeds are in the running to sign the winger this summer for a fee of €15 million (£12.7 million) amid claims that Wolfsburg are willing to sell Brekalo, Wainman had this to say on the matter.

He said: “Look, £15 million for someone like Josip Brekalo is very good.

“We know that he’s handed in a transfer request. It’s not an expensive deal. There are a lot of people that know a lot more about football than me that have come out and said he’d be a great signing at that price, so maybe there is something in the Josip Brekalo links.”

Brekalo signed to Wolfsburg back in the 2016 summer transfer window from Dinamo Zagreb for a fee of £9 million.

Since then, the 23-year-old, who is currently valued at £10.8 million, has made 120 appearances for the German club across all competitions in which he has managed to score 21 goals and provide 16 assists in the process (per Transfermarkt).

Given how Brekalo managed to score seven goals and provide three assists in 29 Bundesliga appearances for Wolfsburg last season, it’s easy to see why Leeds have been mentioned with a move for the winger this summer, especially for the reported €15m price that Wainman mentioned as being a good fee.

With the Croatian having his best season in front of goal to date in 2020/21, it almost seems too good to be true that Wolfsburg appear happy to offload him for that kind of fee – but perhaps they would rather do so while his stock is high.

In our view, with current Leeds winger Helder Costa being linked with a move away from Elland Road, perhaps Brekalo could be a decent replacement for him if he were to leave this summer.