The Brazilian left for Barcelona in January 2018, but a loss of form and injuries has seen him make just 90 appearances in all competitions, although he did spend the 2019-2020 season on loan at Bayern Munich.

Do you see Liverpool signing Neuhaus? 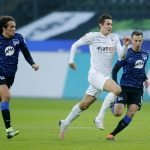 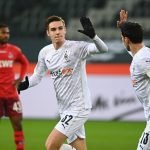 A serious knee injury restricted Coutinho to just 14 outings last term, and with the Spanish giants now in serious financial trouble, reports believe that Barcelona are desperate to get him off their wage bill.

Coutinho played some of the best football of his career in England, and prior to Mo Salah’s arrival, established himself as Liverpool’s talisman – contributing to 20 goals in his final 20 matches for the Reds, including a Champions League hat-trick against Spartak Moscow.

According to AS, Barca are open to the idea of Coutinho returning to Anfield this window to help ease their off-field difficulties, although McTear revealed a clause in his contract, which could work in Liverpool’s favour if they want to bring him back to the Premier League.

“I think it’s putting two and two together, but I think it’s genuine that Barcelona need to move him on. He’s maybe the player they need to move on the most because there are reports with the deal they did with Liverpool, there’s €20m of variables in that which they must pay Liverpool when he plays 100 matches.

“He’s currently on 90, so, if he stays for another season, then he will play another 10 games, then they’re going to have to pay that money, so they need to move him on.

“But I think the Premier League must be his destination. He’s played in Munich and in Italy before, but his best years were in England, so that makes sense.”