Former Everton full-back has his say on Marcel Brands’ future

Michael Ball feels Everton owner Farhad Moshiri and chairman Bill Kenwright have stopped director of football Marcel Brands from being able to do his job.

Brands was welcomed to Goodison Park in May 2018, following a fine spell behind the scenes at PSV Eindhoven.

The Dutchman has played a key role in the Toffees’ transfer policy and managerial appointments.

Has Marcel Brands been a success at Everton? 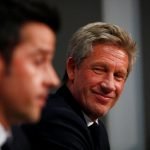 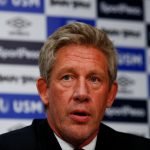 While Brands has been heavily criticised in some quarters, it has been claimed that decisions are being taken out of his hands by Moshiri and Kenwright, as per Duncan Castles, via This Is Futbol, during the search for a new boss.

The accusations have led to questions as to whether Everton truly need a director of football, but the Premier League club responded by handing Brands a new three-year contract earlier this year.

Ball, who counts Everton and Brands’ previous employers PSV among clubs he played for during his career, has called on Moshiri and Kenwright to take a step back if the Dutchman is to help bring successful times back to Everton.

Speaking exclusively to TIF, he said: “They brought Marcel Brands in from PSV, where it took him three or four years to get going.

“PSV have a philosophy which he knew and he’s found it hard in the UK. Recruitment is not as easy here as in Holland. You’ve got to understand what the fans and club are all about, which I think he does now.

“They’re paying him a lot of money, so let him do his job.”