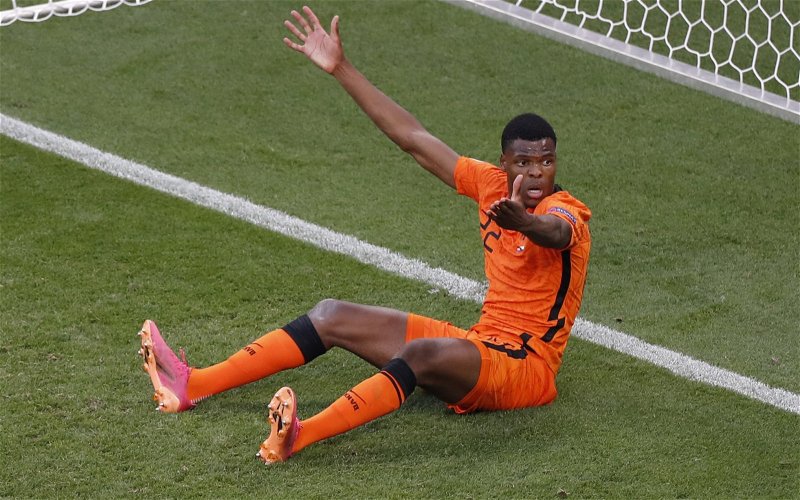 The Athletic’s Greg O’Keeffe offered his verdict on Denzel Dumfries joining Everton on the All Together Now podcast.

Dumfries impressed during the Netherlands’ run at Euro 2020 with two clean sheets, two goals and one assist in just four games, which has seen him strongly linked with a move to the Premier League with Everton according to Rudy Galetti. 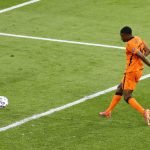 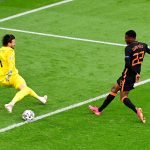 The Toffees will know they need a new right-back, potentially not for this season, but certainly for the 2022/23 campaign, as club captain Seamus Coleman, will be 33 years old and potentially out of contract when that season gets underway.

O’Keeffe offered an update on Everton’s pursuit of Dumfries this summer.

“I’m increasingly feeling it’s not going to happen. I know we’ve been linked with him a lot, I understand that Marcel Brands likes him and obviously, Everton fans and football fans, in general, saw some really exciting displays during the Euros from him.

“We’ve spoken about what he seems to bring to the table, but I’m not sure that everyone’s convinced that he’s as defensively sound as he could be.”

Dumfries would certainly add excitement to Goodison Park judging by how attacking he was at the Euros, however, with Lucas Digne already at left-back, it’s unclear if Rafael Benitez would want to have two such attacking full-backs.

Benitez was generally a conservative manager during his time at Newcastle United, often getting his side to press the ball while in a low block, and if what O’Keeffe says is true about Dumfries’ frailties in his defensive third, perhaps that would not be a signing Benitez is targeting.

The Dutch defender is not short of suitors, with Inter now linked with the defender (as per Corriere dello Sport via Sempre Inter), so there is still a chance that he does leave PSV Eindhoven this summer.