Everton pundit and podcaster Barry Cass has been sharing his thoughts on Toffees midfielder Fabian Delph and his future at the Merseyside club.

This comes after Cass made an appearance on a recent video from the Toffee TV YouTube channel, where he spoke about a variety of subjects concerning Rafael Benitez’s side.

On the subject of Delph and his future at Goodison Park, Cass had this to say.

He said: “I imagine that the football club will let him go if anyone shows any kind of interest.

“He’s hardly kicked a ball for us, really, since he came, he’s been here two seasons.

“It seemed to go really wrong for him at Anfield in the FA Cup. After that, he had a spat with the fans and everything and since then, we’ve not seen much of him, have we?

Everton signed Delph back in the 2019 summer transfer window from fellow Premier League side Manchester City for a fee of up to £10m.

Since then, the 31-year-old, who is currently valued at £3.15 million, has made 30 appearances for the Merseyside club across all competitions.

During his time at Goodison Park, the Englishman has managed to pick up six yellow cards and one red card but no goals or assists (per Transfermarkt).

As Cass mentioned in the video, Delph did have a spat with an Everton fan on social media back in January last year after losing 1-0 to Liverpool in the FA Cup. 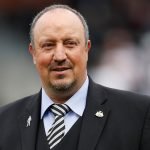 Given how Delph had some injury issues during the 2020/21 season and only managed to earn himself a disappointing overall season rating of 6.29/10, making him the lowest-rated Everton player currently in their squad to have started more than one league game last term according to WhoScored, it’s understandable why Cass thinks the club could let Delph leave this summer.

In our view, if an offer were to come in for Delph this summer, then perhaps the club should consider letting him leave and replacing him with a more reliable and better-quality player, judging by his recent poor exploits.