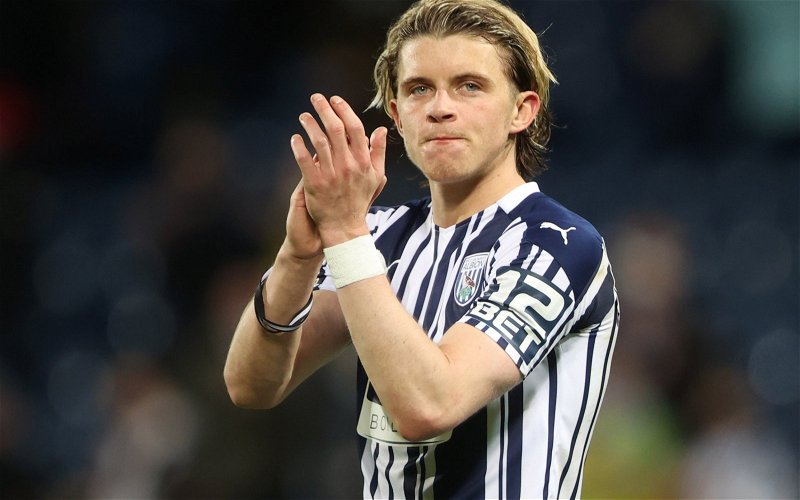 Matt Woosnam, who covers Crystal Palace for The Athletic, has confirmed that the Eagles are in the race to sign Conor Gallagher.

Having already spent in the region of £30m on Chelsea defender Marc Guehi and highly-rated Reading teenager Michael Olise, Patrick Vieira is now likely to invest in free transfers and loan deals.

Whilst Guehi is the first to join permanently, he’s not the first Blues player to make the short trip across London, with Ruben Loftus-Cheek and Michy Batshuayi spending time on loan at Selhurst Park in recent seasons.

And now Palace are chasing another Chelsea attacker in Gallagher, although the 21-year-old is a man in demand having made impressive strides during loan spells with Charlton, Swansea and then West Brom in recent years.

Gallagher was a regular during those respective loan spells, scoring eight times and adding 13 assists in 79 appearances across both the Championship and Premier League.

With those notable statistics in mind, Woosnam told This is Futbol that the youngster would be a great addition for Vieira:

“We have said before that Conor Gallagher is one – they’ve got an interest in him.

“He would be a good signing. One of the areas Palace need to strengthen is a more attacking dynamic midfielders, and Gallagher would fit the bill there.”