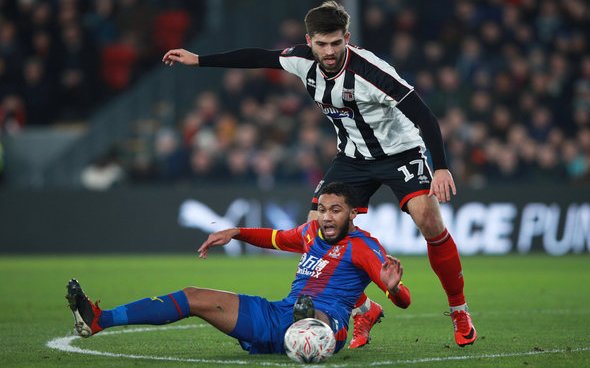 Dan Cook has spoken about how Jairo Riedewald could thrive under Patrick Vieira on the latest episode of the HLTCO podcast.

Riedewald was brought to the Premier League by former manager Frank de Boer, and despite struggling for game time under Roy Hodgson early on, it was last season that saw the midfielder handed 33 appearances in the Premier League, which was 16 more than the previous campaign.

However, things could continue to improve for the midfielder at Selhurst Park, as Cook highlighted.

“Both Tyrick Mitchell and Jairo Riedewald spoke to the official media channel following the game [against Ipswich Town] and said that they were enjoying the tweak to the tactics – particularly Jairo.

“Of course, he’s schooled in Ajax’s whole way of playing, he’s been brought up to play that possession-based football, and quite clearly, he’s relishing the opportunity to impress under Patrick Vieira’s guidance – and everything I’m hearing from Patrick Vieira is extremely positive.

TIF Thoughts on Riedewald under Vieira…

Last season was one of redemption for Riedewald as he managed to make double-digit starts in the Premier League for the first time, which also saw him win the club’s October Player of the Month award.

Under Vieira, a manager who likes his sides to have possession and build up the pitch, Riedewald could certainly thrive, with the midfielder boasting the best pass completion rate at the club of players to have started more than three games.