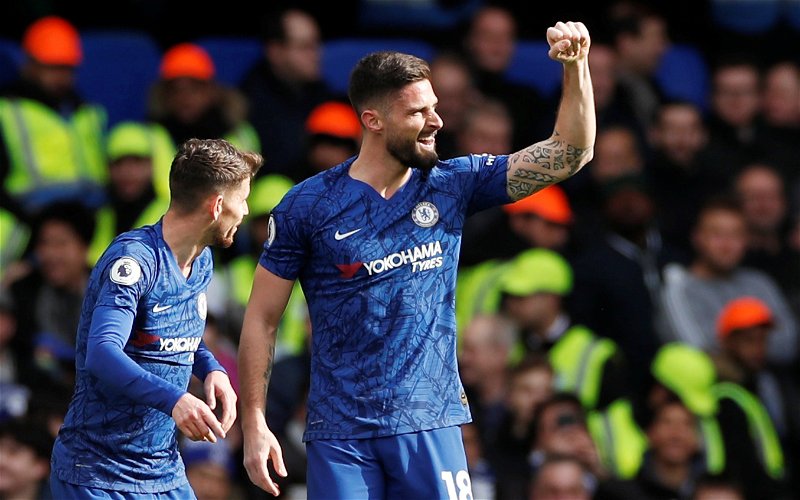 Giroud made the move across London from Arsenal to Stamford Bridge in January 2018 and racked up 39 goals during his spell with the Blues.

Upon making the switch to Serie A runners-up AC Milan, Inkersole gave his verdict on the striker’s time with Chelsea, saying: “He’s never let anyone down at Chelsea, so I think he will leave the fans best wishes and the clubs best wishes.”

Chelsea have an abundance of attacking talent in their squad and after the arrivals of Timo Werner, Kai Havertz and Hakim Ziyech last summer, Giroud saw his game time limited, making only 17 Premier League appearances.

This is the factor Inkersole believes prompted the move, telling TIF: “As a move, it certainly suits all parties, I think because he wasn’t going to see any game time at Chelsea, well not regular game time, and he will want more minutes ahead of the World Cup next year.”

The French striker will be competing with Zlatan Ibrahimovic for a starting place in Stefano Pioli’s side at the San Siro.

The Swedish striker made 27 appearances, scoring 17 goals in all competitions last season and Milan manager Pioli preferring to setup in a 4-2-3-1 formation there is only going to be space for one striker.