Hatfield: Aston Villa under no pressure to sell Jack Grealish

Aston Villa are under no pressure to sell Jack Grealish to Manchester City this summer, that is according to Express & Star journalist Luke Hatfield.

Grealish’s future at Villa Park looks to be in doubt, with multiple reports claiming that a move to the Etihad in the current transfer window could be on the cards for the 25-year-old attacker.

According to Sky Sports, the Premier League champions are readying a bid for the player. 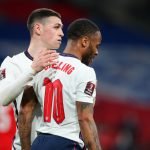 Hatfield, however, has told TIF that Villa are not in a position where they need to sell Grealish.

“The owners at Villa are very wealthy. They’re the third or fourth richest in the Premier League,” he said.

“They don’t need the money, that’s the big thing. And they’re not under any pressure to sell. The pressure will come from the player and we’re yet to see what he wants to do.

“Regardless of how much money Man City put down, it’s ultimately Villa’s decision.”

That will be music to Aston Villa fans’ ears, with Grealish being such an important player for his boyhood club last season.

Despite missing a large chunk of the campaign due to injury, the England international still managed to register the most Premier League assists (10) in Dean Smith’s squad, showing just how vital he is for his side in that final third.