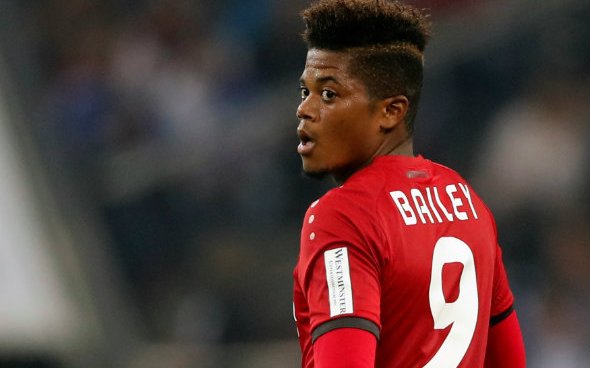 On his latest Twitch stream, Fabrizio Romano has been speaking about all things transfer-related ahead of the start of the 2021/22 Premier League campaign.

The transfer insider discussed a potential incoming to Aston Villa this summer in the form of Leon Bailey from Bundesliga side Bayer Leverkusen.

Bailey has been linked with a possible summer switch to the Premier League this summer, with Dean Smith’s side said to be interested in a potential deal.

This comes after Villa missed out on reported transfer target Emile Smith Rowe, who put pen to paper on a new deal with Arsenal earlier this month.

Discussing Villa’s potential approach for the Jamaican forward, Romano had the following to say.

“I won’t say [the deal is] in progress, but Villa are now in direct contact with Bayer Leverkusen to reach an agreement.

“So we will see, he’s the main target. We will see, it’s not in an advanced stage.”

So far, Villa have purchased Argentine Emiliano Buendía from Norwich City in a deal believed to be worth in the region of £34.56m (via Transfermarkt).

The 24-year-old typically plays as a winger or an attacking midfielder, which is also similar to Bailey.

With this in mind, it makes us question whether Dean Smith’s side are preparing for the potential sale of Jack Grealish this summer, with the 25-year-old heavily linked to a possible move to Manchester City – or Villa would face the prospect of leaving a major summer signing out of the team on a regular basis.

In other news: ‘From talking to my sources’ – Insider drops big Grealish transfer claim at AVFC