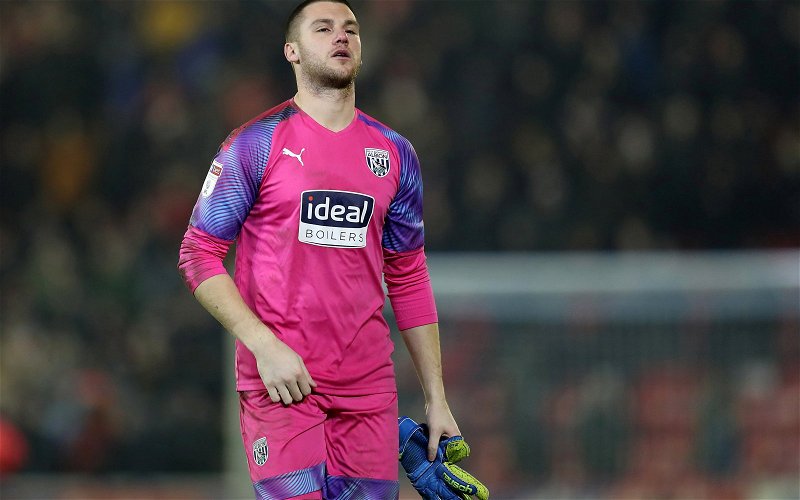 West Bromwich Albion journalist Joe Masi has been sharing his thoughts on Baggies goalkeeper Sam Johnstone and his future at The Hawthorns.

This comes after Masi co-hosted a recent episode of Baggies Broadcast, a West Brom-themed podcast where he spoke about a variety of topics concerning the Midlands club.

On the subject of Johnstone and his future at The Hawthorns after being previously mentioned with a move away from the club, Masi had this to say.

He said: “If no one comes in for Sam Johnstone this summer, I have absolutely no doubt about it, he will give absolutely everything for Albion next season.

“He loves playing for Albion, he’ll be as good as he always has been, but he’ll probably leave next year for free. Albion can’t afford to lose him for nothing next year.

“Sam Johnstone deserves to be in the Premier League and deserves to be part of that England setup. If Albion got offered £10 million, £12 million for him, I think it’s in everyone’s best interests that he’s sold.”

West Brom signed Johnstone back in the 2018 summer transfer window from Premier League club Manchester United for a fee of £6.62 million (as per Transfermarkt).

Since then, the 28-year-old, who is currently valued at £7.2 million, has made 131 appearances for the Baggies across all competitions, in which he has conceded 183 goals and kept 30 clean sheets along the way.

Given how Johnstone’s current contract at West Brom is set to expire at the end of June next year, it seems as though the club has a decision to make on whether they should sell him for a fee this summer if any clubs come in for him, or potentially lose him on a free transfer next summer if he doesn’t sign a new deal.

Do you think West Brom should cash in on Sam Johnstone this summer?

In our view, if Johnstone does stay at West Brom this summer, then the club should definitely try and persuade him to sign a new contract to keep him at The Hawthorns for the foreseeable future after proving his worth to the team last season after earning himself an overall performance rating of 6.74/10, making him one of West Brom’s highest-rated players according to WhoScored.

One good way of persuading the shot-stopper to pledge his future with the club beyond his current contract, in our view, would be if the club secure promotion back to the Premier League at the end of next season but then show how they mean to progress even further up the table if possible beyond that.

In other news: ‘Wow’, ‘So you’re telling me there’s a chance’ – Many WBA fans buzz over ‘promising’ update