Many West Bromwich Albion fans have been raving at Grady Diangana following his performance against Sheffield Wednesday.

Diangana was involved in the club’s first goal against the Owls, as he played in Conor Townsend, who assisted Matt Phillips for the opener.

The winger had arrived at the club permanently from West Ham in the summer of 2020 having spent the 2019/20 Championship season on loan at The Hawthorns.

Are you confident about Diangana's abilities? 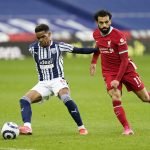 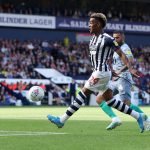 Diangana’s performance drew the attention of many West Brom fans, who took to Twitter and made their views clear about the winger.

What did WBA fans make of Diangana’s performance?

“If Grady can stay fit he will win player of the season.”

“Grady’s on fire ur Defence is terrified.”

“I feel privileged to be on this planet to see Diangana this season.”
Credit: @BigAjayi
“They can’t handle him.”
Credit: @joshbrodie99
“2019/2020 Diangana loading.”

These West Brom fans are clearly pleased about the performance of Diangana and they’re making their views clear about him.

The 23-year-old hadn’t made a mark in the 2020/21 campaign in the Premier League, as he scored just once and racked up a rather disappointing WhoScored rating of 6.41/10. That was in contrast to how he performed for the Baggies in the 2019/20 Championship season, where he contributed to 14 goals for the club and picked up a rating of 7.13 (as per WhoScored).

So the performance against Sheffield Wednesday should be considered a good sign, as it will help him get some confidence ahead of the season.