Many West Bromwich Albion fans have been buzzing at Conor Townsend following his performance in the club’s friendly against Sheffield Wednesday.

The Baggies led early against the Owls on Tuesday and Townsend had a role to play in that, as his cross created the chance for Matt Phillips to score. The goal came in the fifth minute of the tie, with Grady Diangana involved in the build-up as Townsend found Phillips, who headed into the back of the net.

Townsend then crossed into the box for Baggies’ second goal of the game, which was eventually turned in by Phillips once more.

Will Townsend be a key player next season? 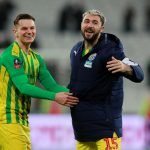 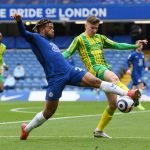 Many West Brom fans were left talking about Townsend and they took to Twitter to make their delight clear about the Englishman.

What did WBA fans make of Townsend’s performance?

These West Brom fans are clearly delighted about this and one fan believes that Townsend will get a lot of assists for the club next season. Another fan is excited about the link-up between Townsend and Diangana.

Townsend featured quite regularly for the Baggies during the 2020/21 campaign in the Premier League, as he played 25 league games and only five West Brom players grabbed a higher WhoScored rating than him.

Considering that he did well at Premier League level and featured often in the 2019/20 season too, it won’t be a surprise if Townsend became an important player next season. He can play at left-back or further forward, so he also adds versatility to the side.

In other news: ‘My guidance was that’ – Journalist reveals 43 y/o turned down West Brom job