West Brom would love it if Okay Yokuslu returned to The Hawthorns this summer, journalist Luke Hatfield has told This Is Futbol.

Th 27-year-old midfielder spent the second half of last season on loan at West Brom from Celta Vigo and made quite the impression.

He was hailed by defender Kyle Bartley as an individual who is “tenacious” and “good on the ball”.

Do you want to see Yokuslu back at the club? 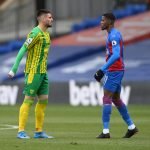 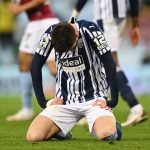 Yokuslu is now being linked with a permanent move to the Midlands club, with Spanish outlet Faro de Vigo claiming discussions with Celta Vigo have been held.

On the possibility of the Turkey international rejoining West Brom, Hatfield of the Express & Star said:

“It’s an interesting one, because he doesn’t seem to be fancied at Celta Vigo, you know, they were willing to loan him out.

“I think fans would love it, I think the club would love it, but is there going to be a club in the top flight willing to take a punt on him? That’s the big question.”

After being shipped out on loan and with West Brom having reportedly spoken to Celta Vigo about a permanent transfer, Yokuslu’s career at the Balaidos does look to be over.

It will now be interesting to see if a Premier League side does decide to come in and disrupt the Baggies’ plans.