A lot of Leeds United fans have responded to a tweet from the club’s official Twitter account to show their delight in the latest news to emerge.

On Tuesday afternoon, it was announced the Yorkshire club had completed the signing of 24-year-old left-back Junior Firpo from Barcelona.

Is Firpo a good Alioski replacement? 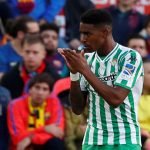 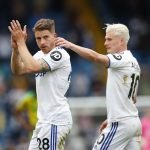 The news comes just one day after the announcement that Ezgjan Alioski had left the club following the conclusion of his contract with Leeds.

Firpo made 41 appearances for Barcelona over the course of his two-year spell, with the La Liga giants following his move from Real Betis in 2019 (via Transfermarkt).

Leeds fans flocked to the tweet from the club’s official account to voice their excitement at the arrival of the left-back.

So what exactly did these Leeds fans have to say?

@CoreyMouttou
“Buzzing with this! Just shows how far we’ve come, since Bielsa arrived! Beating top European clubs to signings! Firpo has a real chance to flourish in our system at both ends of the pitch, a position that’s been needed for some time! This is a quality signing”
@BremnerLeeds
“Things you love to see”
@Joe4Morgan

The club did not disclose the fee involved in signing the 24-year-old, however, Sky Sports have reported Leeds to have paid £12.8m for the services of Firpo.

Going by the reaction of these Leeds fans, it is clear to see they are delighted the club are making their transfer moves early and addressing Alioski’s departure.

In other news: ‘I’m losing sleep over this’, ‘That really hurts’ – Lots of Leeds fans flock to ‘sad news’