Many Leeds United fans have been talking about a tweet from Nicolo Schira that emerged on social media.

Journalist Nicolo Schira recently tweeted about Leeds’ chase of Nahitan Nandez, saying that the Whites are now pushing to sign the Uruguayan from Cagliari and Marcelo Bielsa has an appreciation for him since his time at Boca Juniors.

Would this be a good move for Leeds? 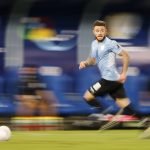 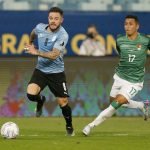 The journalist went on to say that while Inter were looking at the midfielder in the past, Leeds are now looking to close the deal for the player.

This tweet from the journalist drew the attention of many Leeds fans, who made their views clear about this news.

“Hurry up & sign the midfielder I can’t take this anymore.”

“Come to Leeds,you know you want to…“

“This guy is pretty spot on, just look at his track record on here. One of the first to break Firpo deal and even Harrison deal…with wages and contract lengths before anyone else! Genuinely believe we are after him.”

Credit: @OooahhBerardi
“Nicolo you have made me happy.”

These Leeds fans certainly want to see their club sign Nandez and believe this piece of information to be reliable.

25-year-old Nandez has been a regular for Cagliari over the last two Serie A seasons, picking up ratings in excess of 6.5 each year (as per WhoScored).

As per FBRef, he is someone who does well when it comes to expected assists and when it comes to applying pressure on the pitch. Bielsa’s system relies on pressing high up the pitch and playing attacking football, and given Nandez is someone who’s still only 25 and may improve in the future, signing the Uruguayan might be a good deal for Leeds.

In other news: ‘Oh yes’, ‘This can only mean one thing’ – Many Leeds fans buzz as alleged image emerges