Leeds United have a solid squad and the starting line-up was very rarely changed last season, but when they were forced into a change, in particular when Kalvin Phillips was injured they struggled, so somebody like Harrison Reed could be a suitable replacement according to David Norris.

Reed is rumoured to be leaving Fulham this summer after managing to stand out above others during their relegation campaign, and Leeds have been tipped to make a move for the holding and busy midfielder. 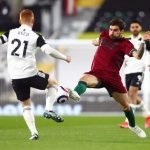 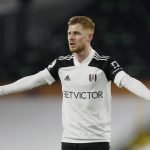 The 26-year old-showed what kind of player he is last season as he made the second-most pressures in the Fulham side and also made the second-most tackles in the squad, so to have an industrious midfielder that can disrupt play and get about the pitch for 90 minutes would be invaluable for a Marcelo Bielsa side.

Bielsa will have recognised how much the standards and performances dropped when Phillips wasn’t in the Leeds side as they won just two of the nine games he missed, but someone like Reed would be able to play when Phillips is not fit as he’d fit into Leeds’ team, according to Norris, who spoke exclusively to This is Futbol:

“The key things with the players that Leeds want to bring in is that they have to suit their high tempo style of play and the manager has to trust them.

“Looking at Reed from the outside looking in, he fits the bill, is busy, looks like he can graft, he is a team player and he’s got a bit of quality as well.”

After Leeds missed out on signing Rodrigo De Paul, despite reportedly agreeing personal terms with him last summer, Leeds may look to lower the expectations of the calibre of player they target this transfer window.