Transfer expert Pete O’Rourke has been speaking on the latest edition of Touchline Talk to discuss Everton’s search for a new manager.

Carlo Ancelotti made a shock departure from the Toffees on Tuesday as the 61-year-old was appointed the new manager of his former club, Real Madrid.

Which manager would you prefer at Everton? 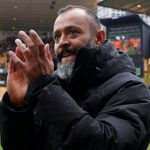 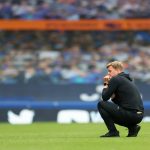 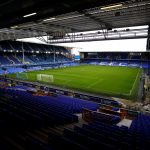 The Toffees have since been linked with the former Wolves manager Nuno Espirito Santo and Eddie Howe, with both managers out of work.

However, one name which O’Rourke believes Everton could be of interest to is Porto manager Sergio Conceicao.

The 46-year-old has now been managing Porto for almost four years and O’Rourke believes he is open to a potential move to the Premier League.

He said: “I think there’ll be some interesting shouts in this one. I’ve heard a little shout that Porto manager Sergio Conceicao could be a real interesting option here for Everton.

“I think he is keen on coming to the Premier League at some point as well. He’s done a good job in Portugal, as well. He was linked with the Wolves job, but I think he’s not really interested in that one.

“But I think if Everton were to maybe firm up their interest and come calling, I think there’s a real possibility that we could see him taking over from Carlo Ancelotti at the Goodison Park helm.”

Ancelotti’s abrupt departure may have come as a surprise to the Everton fans, however, there are multiple managers now on the market who could make long-term options for the Toffees.

Espirito Santo and Howe are both managers who could be appointed with long-term projects in mind. They have already shown they are capable of transforming sides into established Premier League teams and we would be interested to see what they could do with Everton.

After finishing 10th in the 2020/21 Premier League campaign, will the Everton board appoint an established Premier League manager or risk it with a left-field option?

In other news: Liverpool Echo man sheds light on whether Everton have buyback clause on star