Football finance expert Kieran Maguire has been speaking on the latest edition of The Price of Football podcast about Lincoln City’s appointment of Landon Donovan as a strategic advisor.

With the former Everton man joining the Imps, given that he is also part of Swansea City’s ownership group, Maguire was asked how Donovan can be part of two clubs.

He said: “If he is an advisor as opposed to a shareholder, then as far as I can make out, there would be no breach of the rules. Effectively, if you own more than 10% of more than one club, then there is a potential conflict of interest.

“It’s intriguing stuff from Lincoln. They’re one of my five-star clubs – very, very progressive outlook, really fantastic engagement with fans and they have taken on additional investment from the US.

“I’ll be honest, I have regular WhatsApp conversations with people from Lincoln, and I’m always very impressed at their forward-looking strategy.”

Do you think Donovan is a good appointment?

Yes, he could be a good addition 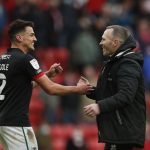 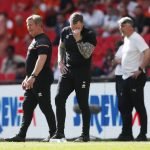 The Imps have received investment from American businessman Harvey Jabara, and bringing Donovan on board could be a smart move due to his vast experience as both an international and a club player.

Lincoln were so close to promotion from League One in the 2020/21 season, but Blackpool overcame them in the play-off final.

However, we wouldn’t rule them out making another strong promotion push next season, and perhaps Donovan could help with that.

It will certainly be interesting to see how the former USA international does in his new role and how he balances it with the role he has undertaken at Swansea, but we think it is an interesting move by the Imps, and we hope it works out.