Journalist Scott McDermott has been discussing Rangers midfielder Glen Kamara after his performances at this summer’s European Championships.

The 25-year-old, valued at £5.4m on Transfermarkt, played every minute of Finland’s three group games, and he certainly got amongst the action, leading the team in interceptions with an average of 3.3 per game, he was also fouled the most times with 2.7 per match and picking up a WhoScored rating of 6.67 along the way.

Ultimately, though, he wasn’t able to help in the overall scheme of things as Finland bowed out in the group stages, unable to pick up one of the best third-place team rankings. But speaking on the Record Rangers podcast, McDermott felt that Kamara’s displays were good enough that other clubs might start taking an interest in him this summer:

“He’s the one that will come back from the Euros, I think, with his value increased.

“Been a real key man for his team, I think played every minute or pretty much every minute of the group games and although Finland narrowly missed out on one of the best third-place spots to get through the next round, I think anyone that watched the Finland games could see that Kamara is one of, if not their best player against really good opposition.

“I thought he showed up really well. Nothing that would surprise us having watched him for the past year to 18 months. He’s played really well, did his reputation no harm. And as we spoke about before the tournament even started, I’d be really surprised if we get to the end of the current transfer window and English clubs in particular aren’t sniffing about Glen Kamara.”

Do you think Kamara is suited to Scottish football? 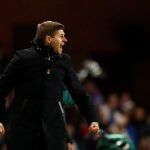 A number of clubs have reportedly shown an interest in Kamara, with Watford and Arsenal two clubs that have had their names linked with him, so if his performances at the Euros have impressed them as much as it did McDermott, then this could very well play into Rangers’ hands.

As Rangers look to go again this season to maintain the standards they set last season under Steven Gerrard, they might need to spend heavy in order to do it, and that’s where a bidding war between clubs could come in handy for them.

Although, hopefully that bid comes in soon so that they have enough time to work out where they are going to reinvest it.