Dean Windass has told This is Futbol that Steven Gerrard should be targeting a sensational move to sign former Liverpool teammate Luis Suarez this summer.

Suarez turns 35 in January, but has shown that he’s more than capable of still scoring goals at the highest level by firing Atletico to the La Liga title last season at the expense of both Real Madrid and Barcelona.

Would Murphy start for Rangers? 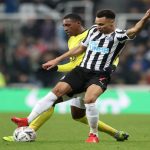 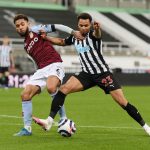 The Uruguayan struck 21 times in 32 league appearances, including the crucial winner on the final day of the season to secure the title at Real Valladolid.

Suarez recently surpassed the 500-goal mark for both club and country and would appear to have plenty more years left in him.

However, he recently told Spanish press that he’s going to stay at Atletico and see out the two-year contract he penned last summer, but Windass thinks Rangers manager Gerrard should be going all out to bring the 34-year-old to Ibrox.

The pair spent three-and-a-half years together at Anfield, with Gerrard calling Suarez the best striker that he ever played with at Liverpool, putting him above even Fernando Torres.

Windass exclusively told This is Futbol:

“Could Steven Gerrard entice Luis Suarez to go to Glasgow Rangers? I can see it. Who wouldn’t want to sign for Glasgow Rangers to be quite honest with you?

“That could entice him [being in the Champions League]. Steven is very good friends with him and quoted him as one of the best strikers that he’s played with.

“Rangers fans would be delighted if that happened. He would get you goals, and the affinity he’s got with Steven, I’m sure he’ll be asking the question.”