Former Rangers defender Michael Ball believes that John Lundstram has the “drive” and “willingness” to play for the Gers at Ibrox.

Lundstram has previously been a target for the Scottish Premiership champions, who are looking to improve their squad and successfully defend the title under Steven Gerrard.

And the Liverpool-born midfielder is now available on a free transfer after he was part of a six-man party released by Sheffield United earlier this month. 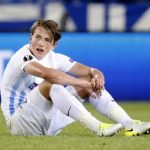 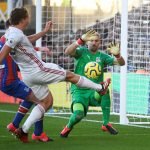 But the former Evertonian, who came through the ranks at Goodison Park although failed to feature for the first-team, was unable to replicate that form last term as Sheffield United were relegated, contributing just two assists in 28 outings.

And Ball told This is Futbol that he believes the 26-year-old has the right attributes to be able to complete at Scottish Premiership level:

“He’s had an up and down career for a long time. But he has that drive and willingness to do it at Rangers at that level, and he’s got the work rate to go with it.”