Journalist Alan Nixon has recently reported about Atkinson and he stated that while Bristol City are edging closer to signing the defender this summer, Celtic are also fans of him.

Haggerty talked about these rumours when he appeared on the latest episode of the ‘A Celtic State of Mind’ podcast. He believes that Atkinson might just be a defender who could be suited to Ange Postecoglou and this may lead to the Australian successfully developing the defender into a star player. 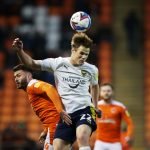 The pundit said: “He’s 22, young defender, comes with some kind of pedigree.

“Again, not a household name or one that would get Celtic fans off their chair, but maybe if they’re doing their scouting and they’ve looked at this guy, he fits the bill as a young Ange Postecoglou-prototype player that could come in and maybe and do a job. He’d work his magic on him and turn him into the finished article.”

TIF Thoughts on Atkinson to Celtic…

Atkinson played as many as 44 games in all competitions for Oxford last season, playing 41 times in League One and scoring two goals. It suggests that he clearly has the experience of playing regular first-team football.

Kristoffer Ajer has made his desire to leave Celtic pretty clear already and the Hoops would need a replacement for the Norwegian. Atkinson is young, may still develop in the future and has first-team experience. So signing the 22-year-old may be a good option for the club, particularly if the club are heading for a shortage in defence.

In other news: ‘I can’t believe’, ‘Mental’ – Many Celtic fans left seething at ‘ridiculous’ development