Pundit Russell Boyce has recently slammed Neil Lennon for his latest comments about Celtic and the club’s fans.

Celtic legend Neil Lennon had recently given an interview in which he slammed the club’s fans for giving the Bhoys a bad name. Lennon claimed that he had nothing in common with the new breed of Celtic fans and also criticised them for treating the club’s board in a ‘shocking’ manner.

Boyce appeared on the latest episode of the ‘A Celtic State of Mind’ podcast and he talked about Lennon’s comments about the club’s fans. He believes that the ex-Celtic manager’s comments were petty and they will hurt his prospects of getting a new job.

Have you lost respect for Neil Lennon? 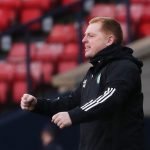 Lennon left the club in February earlier this year when the Hoops were as many as 18 points behind Rangers in the league table.

Boyce talked about the northern Irishman and stated (24:22): “I don’t know how many Celtic fans are out there in the world, to try and then split them up into a new breed and old breed sort of thing, it was really, really entitled-ish. I actually find it quite petty.

“I think it’s something that any logical director of football or football chairman looking at prospective managers will be past that interview [and] Neil Lennon was on a potential list and will go – no chance. Whatever Neil Lennon was trying to achieve, apparently with a new PR firm, it has spectacularly backfired. You don’t turn on fans because all that now does is make him look toxic.”

Lennon is someone who has had two stints as Celtic boss and he won many accolades as the club’s manager. He also spent many years as a player, winning many trophies then too.

So he has a special connection with the club’s fans but to speak against the fans like he did may have tarnished his reputation amongst the fanbase. He has clearly slammed them and Boyce’s comments perhaps encapsulate what other fans may be feeling right now.