Tierney, who is a product of the Celtic youth academy, left the club in the summer of 2019 to join Arsenal. He’ll feature for the Scottish national team at Euro 2020.

McStay talked about Tierney recently, when the Celtic legend appeared on the Go Radio Football Show podcast. He revealed a story about the Scotsman, stating that it was his own father who spotted Tierney as a scout and always kept a close eye on how he progressed since.

Should Celtic fans be proud of Tierney? 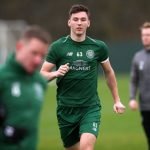 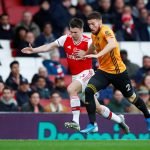 As a youngster, Tierney had taken part in a specially-arranged training session with Shunsuke Nakamura, while his dad and uncle ran supporter buses for Celtic, such were his close links to the club from an early age.

McStay talked about the defender, stating: “I’m delighted that he’s doing well down there. I think he gave everything to Celtic when he was there. A wee back story about that, I don’t know if you were aware – my dad spotted him. He was the scout that took him into Celtic at a young age. So, we’ve always kept a close eye on Kieran and what he was up to and how he was progressing.

“I’m just delighted to see him doing so well down in England. I definitely think he’ll be a star in the Euros. He’s an outstanding talent and I think playing down south, competing against better teams week in, week out has certainly helped him.”

Tierney may have been at Arsenal for only a couple of seasons now, but the Scotsman has already won the FA Cup under Mikel Arteta.

Not just that, but Tierney has also become a fans’ favourite at the club and has also been tipped for captaincy by the supporters. An article from The Athletic has described Tierney as a ‘cult hero’ at the Emirates Stadium-based club.

It shows that the defender has made quite a bit of impact in a limited time and Celtic fans should be proud of Tierney for his achievements – while his links with McStay and his father will surely only enhance his relationship with the Hoops.

In other news: ‘Doesn’t make any sense’, ‘Disgrace’ – Many Celtic fans raging as news emerges