Pundit Hugh Keevins has recently talked about the idea of Celtic signing Hibernian stars Josh Doig and Ryan Porteous, claiming that signing them may be a problem under Ange Postecoglou.

Keevins appeared on the latest episode of Clyde Superscoreboard. One topic of discussion was potential Celtic transfers and one caller talked about the idea of Celtic signing Porteous from Hibernian this summer.

Keevins talked about Porteous, also discussing Doig. He believes that Postecoglou will be unaware of what the players can do and even Hibernian fans wouldn’t want to entertain the idea of their players leaving for Celtic. 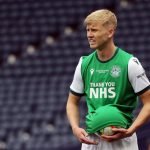 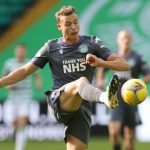 Celtic have previously been interested in Doig, but Premier League side Watford recently made an offer for the young left-back, according to The Scottish Sun.

Links with Porteous appear to be somewhat looser, though he has caught the attention of the Hoops fanbase in the past.

Speaking about Celtic’s chances of signing Porteous and Doig, Keevins claimed: “Well, this is one of the problems you have with Ange Postecoglou, because he’ll be entirely unaware of what Ryan Porteous can do and he’ll have to be brought up to speed very, very quickly.

“Hibs would also have to be careful. If you talk about Josh Doig and Ryan Porteous. Hibs have fans as well and their fans are not going take lightly the idea of selling the two best players at the club to Celtic or any other Premiership club.”

Celtic are said to be close to signing Mario Vuskovic and they’re looking to sign Ko Itakura from Manchester City as well. So signing another centre-back in Porteous may not make too much sense for them.

Having said that, if Boli Bolingoli doesn’t play a part next season, Celtic may only have Greg Taylor as a left-back option. Doig could add depth in that position if Celtic sign him. However, Aaron Hickey remains a target for the Bhoys and Celtic may not necessarily need to sign either of the two Hibernian stars.

In other news: ‘This boy’s the real deal’, ‘Ticks all the boxes’ – Many Celtic fans buzzing over transfer claim