Celtic: Fans react to to claims on Erik Sviatchenko | thisisfutbol.com

Celtic: Fans react to to claims on Erik Sviatchenko

Celtic fans have been reacting to claims that they could be about to bring a former player into the team.

A report in The Daily Record has claimed that new Celtic boss Ange Postecoglou is set to turn his attention to former Hoops defender Erik Sviatchenko as one of his first signings as he looks to wrestle back the title for the Hoops following a disastrous season in 2020/21.

The Danish defender, valued at £1.8m on Transfermarkt, played 63 times for Celtic between 2015 and 2017 and was part of the ‘invincible’ squad during the 2016/17 campaign before moving back to former club FC Midtjylland on loan in a deal that was eventually made permanent.

Defence is certainly an issue that Celtic need to address, seeing as the number of goals they’ve conceded has increased for the past three seasons in a row, and judging by the responses that greeted the news on social media, these Celtic fans seem to think he might be the answer to their problems as they were delighted with the news:

“I honestly hope so. I rated him very highly when he was here.”

@CFCJoe67v2
“This is the greatest news since he signed the first time. Welcome home, my prince.”
@GregGregCameron
“Love big @eriksviat and thought he should never have left. I hope this is true.”
@Gastro_Celtic
“Get him signed.”
@Mattybhoyy
“Nothing has changed since you left Erik, we’re still Scotland’s biggest and most successful club. Welcome home.”
@Barrhead_Bhoy67
“Yes please”
@AidoM67 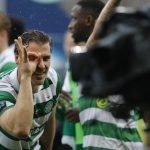 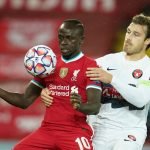 Despite their enthusiasm, given the gulf between themselves and Rangers last season, you’d imagine that it’s going to take more than just one signing in order to catch them up.